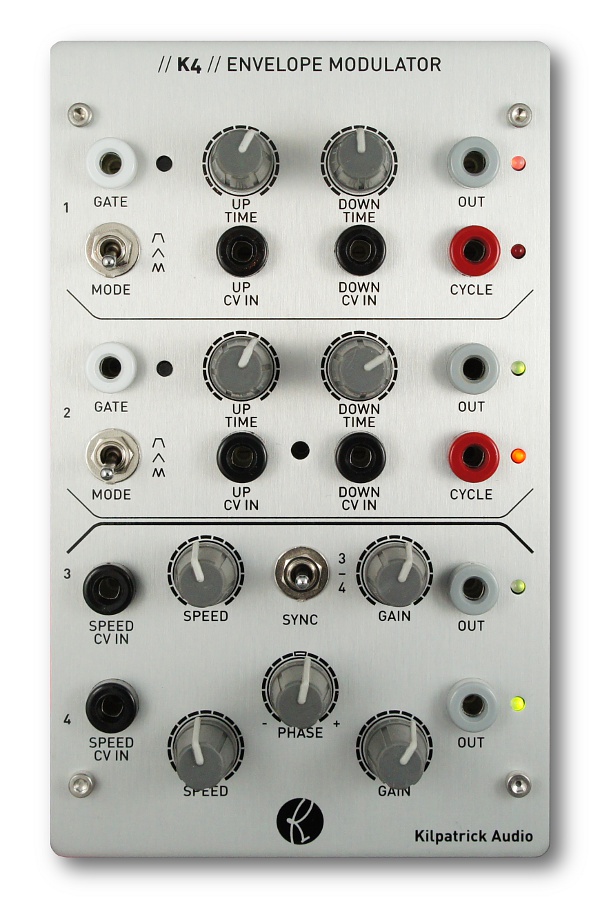 The K4 Envelope Modulator combines two envelope generators and two LFOs into a single module. Each section supports a number of different uses in many types of patches.

The two identical envelope generators can operate in one of three modes: attack / hold / release, attack / release, and auto-repeat mode. Both a gate input and manual trigger button can be used to start and stop the envelopes, and the up and down times are voltage controllable. The outputs generate both a variable voltage and a pulse which activates during the release phase of the envelope.

A dual LFO section generates periodic signals of various speed and amplitude. The speed can be controlled by a voltage as well as by the panel control. The output level can be adjusted over a wide range including the ability to internally clip the output to max and min values.

Both channels of the LFO section can be synchronized together and the phase of the second channel can be adjusted ahead or behind by up to 180 degrees. This can be used to generate waveforms which have a known phase shift between them.